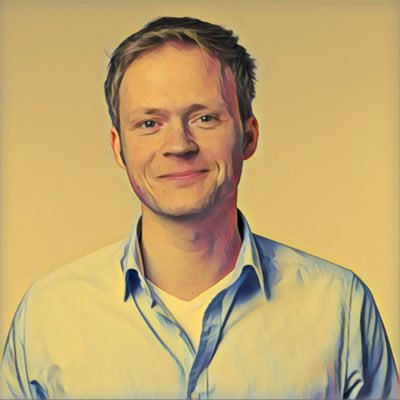 Last time I talked about how we selected the target technology stack for our GraphQL project with an extensive risk analysis and prototype phase. I spent roughly 3m on the project preparation. In March 2017 my colleague Alexis and myself began actually working on the real thing, the infrastructure that’s now called XING One. Todays post will be mostly about how we approached the implementation part of the project.

Everybody who’s done larger IT projects has probably experienced first hand how volatile and short-lived plans often are. It’s almost impossible to predict the future (though we often behave as this isn’t the case). In reality even highly experienced experts usually suck at predicting the future.

I can again only recommend Decisive by Chip and Dan Heath. It contains a section about the experts and predictions. Quite enlightening in this regard

Complicating the picture further is that some companies (ours included) have a noticeable general tendency to run more initiatives in parallel than I think is healthy and as a consequence regularly expedite unplanned work between teams. So when implementation plans exceed the timeframe of one or two months, more often then not, they’re already so far away from reality that they might look like satire.

As a consequence we had a plan, but a larger part of the plan consisted of only two core motives:

So what did that mean for the general rollout plan? In a nutshell it was this:

You probably notice that there’s nothing in those steps, that mentions our “sister’ product development team. We did start working with them in March 2017, but we came very fast to the conclusion that it would be best for the project if we would separate the two topics into parallel streams, at least in the early phase.

Track one would develop the infrastructure and track two would develop the first prototype for the GraphQL version of the product using their default tech stack Ruby and Rails and graphql-ruby. Track one and two would join forces on the GraphQL schema design and identify common conventions and design rules that we wanted to document for the subsequent teams that would later join the platform.

The initial plan was to remove graphql-ruby out of the equation in July 2017 and to connect the GraphQL infrastructure to the product backend via HTTP / JSON APIs.

The MVP and later versions

As I already pointed out in one of the earlier posts, we wanted to deliver value as early as possible and at the same time had a larger idea around how the developer experience around the GraphQL infrastructure should be. Our lofty goal for the infrastructure was that it should not require any knowledge of Scala in order to work with it, but instead use GraphQL SDL together with some custom directives to define the schema.

That’s obviously a lot to figure out and to bring to a production ready state in that timeframe (especially if you didn’t yet know Scala that well). Because of that we decided to first focus on an intermediate version that didn’t use SDL, but was using Scala to define the schema. That was the version we were shooting for until July 2017. Somewhere in autumn we would then try to figure out how we could marry the Scala schema with the SDL schema.

The idea being the “marrying” was that it would give us a lot flexibility if we could always drop back to Scala when we ran into limits with SDL or when there was simply functionality that we wanted to have in the schema but that was to complex to be generically expressed via SDL. An idea that turned out to be tremendously useful in the end.

Boundaries for the infrastructure

One thing we also tried to make as early as possible transparent to the rest of the organization was how we would structure the integration with the underlying APIs and what the implications of our approach would be for our product teams (both technically and organizationally).

With “early” I mean this: When I gave the first presentation 0 lines of code were written. For the second presentation probably didn’t have more than 15% of the MVP ready. Nevertheless I think managing assumptions and expectations around a project is crucial for its success. So the remainder of this post is about those other early pillars.

1. Authentication, but no authorization

Our infrastructure would provide the authentication for the web and mobile channels to the schema (one comprising of OAuth tokens, one cookie based for our web single sign on).

Authorization logic tied to a particular API in terms of “user can only do this if he has membership X,Y or Z” or “quota for doing this has exceeded daily limit for user” was supposed to be implemented by the underlying API.

In fact, even until today we have a very strict No business logic in the GraphQL server rule.

2. No (or minimal) remapping

Our old API gateway is still to this day full of mapping code that tries to bridge some of our internal APIs to concepts that are still exposed through the API, but have been deprecated or internally abandoned years ago. We’re often jokingly describe working on those as “keeping them alive”. Sometimes there are valid non-technical reasons from the company side not to deprecate and shutdown obsolete APIs, but I can clearly say that I’m not a big fan of such approaches. Especially, if the company repeatedly had a hard time to figure out who owns the mapping code and who’s responsible for ensuring that the mapping code is still working in a distributed, multi-team environment.

Our vision for our GraphQL gateway also was always something that exposes coordinates and connects APIs together in a mostly-declarative way. Imperative mapping code doesn’t really fit well there in there and also complicates the picture.

Long story short: Out of this came three simple agreements:

One of the benefits of GraphQL is that you exactly know which fields a client is requesting and because can also optimize bandwidth to only send over the wire what he actually needs.

It turned out that we already had a matching piece of convention in our internal API. These typically accept a fields query parameter, which contains a comma separated list of fields that should be returned.

Because of our “No remapping” rule, we were able to derive the fields parameter automatically from the incoming selection set. For instance a GraphQL query with

where profile is actually an API underneath, would result in a request with fields=id,first_name.

You probably notice the automatic camel case to snake case conversion in there. Since many of our APIs are written in Rails, this is the predominant casing format in our internal APIs. We preferred though to expose the fields in the client friendlier camel format and convert in the gateway. That conversion can be disabled though, when needed for a particular field.

In order to prevent n+1 request cascades we were pretty early trying to figure out how to bundle multiple backend requests together or how to marry what Sangria offers with our underlying APIs. Luckily also for this case a convention was already existing that we could leverage.

In our backends you can usually request a single JSON object representation under an url like /profiles/profiles/1. If you want to request multiple profiles, you would request /profiles/profiles and specify the ids as comma separated lists via the ids query parameter.

You’d get back a JSON object which has at minimum a collection field that contains an array of the requested items.

That’s actually good enough to handle the typical scenario of “load list x from here and for each item load something else from there” for a lot of the cases.

Today I talked about how we approached building out our GraphQL to REST gateway from a very high level. I also talked about some of the rules and conventions about how the infrastructure would integrate with the internal APIs.

Next time around, I’ll dive in one specific aspect in particular: What you can do in a software project of this size to maintain adaptiveness, e.g. the ability to make mistakes and being able to course correct with fairly low overhead and cost.

That being said, I hope you found this somehow useful or interesting. See you next time around!!!

Choosing the right technology for XING One

Figuring out what technology to use for a large scale, long term project is never an easy feat. 8 years ago XING was pretty much only using Perl and Ruby (on...